Home / Blog / We speak in English, It’s One of the Advantages of Buying in Malta

We speak in English, It’s One of the Advantages of Buying in Malta 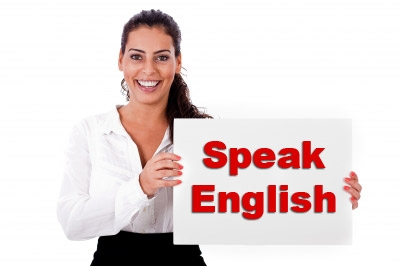 Malta is probably the only European Island country where you can touch down, drop your bags, and start communicating with the natives immediately. This is something I feel we tend to take for granted forget to realise that this is salient point, which is a very important factor that allows ex-pats to easily settle in.

In France, Spain, Italy, Greece you are always going to find a language barrier and although the Austrians and Germans are much better at helping you out, one will not find a place like Malta where you are immediately greeted, understand the signage, traffic signs and get straight into what ever you arrived to do.

The British blessed us with their rule and if there was one thing that they left behind, it is the English Language.  English must be the widest spoken language around the world.  Those reigning from South Africa, Botswana, other African Nations, Britain, Australia, New Zealand as well as the Americans have always complimented that having some 95% of the people speaking English not only helps business communications it makes Malta a much easier place to do business.

The language factor is also a key selling point when recruiting people.  Where else in Europe can you move to a Sunny Island and practice your trade in your own language.  There is over 8000 ex-patriates employed in different sectors, of which the majority are in the iGaming Industry whereas the other come from Finance, Software, Internet as well as manufacturing amongst others.  50% of them work in the iGaming Industry and the rest are split up some way or another.  The Interesting thing is that this strategically positioned Island is achieving to recruit new companies and highly qualified individuals from the various sectors and at a fast pace.  This summer we nearly had a halt in the rental market.  A market that we have had the major market share for at least 10 years and it hit us without us even seeing it coming.  Thanks to our efficient letting agents and management, they overcame the challenges and superseded their targets during these tough months.

Going back to the English Language. It is good to note that our property rental agreements as well our promises of sales (Konvenji) and for that matter any type of legal documents are also written in the British Language therefore ensuring a smoother process rather than having to translate every paper like you would have to do in other countries resulting in the occasionally finding out that you do not own the title of the sea front apartment on the Spanish coast.  Of course, if English is not your primary language, in Malta we have excellent Translation companies that may translate any legal documents pertaining to the sale or rental of your home in Malta.

The English language also allows ex-pat communities to freely network amongst themselves and improve their English.  For example, any official reception, party or otherwise you will find a pre-dominantly English-speaking group.

To conclude this article the point is that the English Speaking factor is a major salient point which we sometimes do take for granted and should promote more to those Ex-pats looking to relocate and eventually rent or invest in property in Malta.

Buying in MaltaProperty in Malta