Island property prices up as eurozone shows a fall

Malta has witnessed a rise in property prices in the past 12 months compared with a significant drop in the rest of the EU, according to the latest statistics. 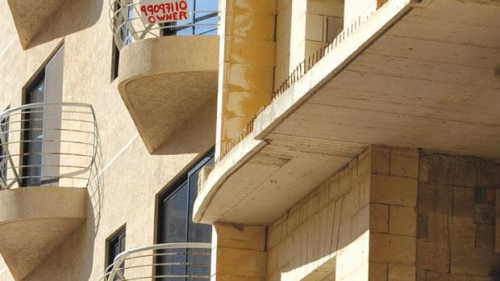 Compiled for the first time by Eurostat, the EU’s statistics arm, the House Price Index shows that Malta’s property prices in the third quarter of 2012 were on average one per cent higher when compared with the same quarter of 2011.  On the other hand, the price of property in the rest of the eurozone fell by an average of 2.5 per cent during the same period.   The report said the steepest drops in property prices in the eurozone were recorded in Spain (15.2 per cent), Ireland (9.6 per cent), the Netherlands (8.7 per cent) and Portugal (7.7 per cent).  However, the value of property in Estonia and Luxembourg increased significantly by 8.4 and 7.1 per cent respectively.  Property prices are considered to be one of the pillars of economic activity and normally indicate how the economy of a particular country is doing.  This is the first time the EU has published a House Price Index which will now come out every quarter.  Eurostat said house price evolution was important for economic and monetary policy, in particular monitoring of macro-economic imbalances and of risk exposure of the financial sector.  It is also relevant for households, as it measures changes in the prices of the most import-ant component of households’ expenditure and wealth. The data includes price developments of all residential properties, from flats to detached houses.