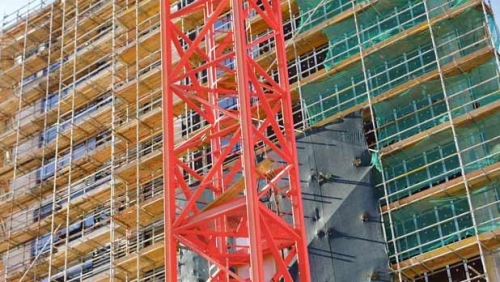 The advertised prices of properties have continued to rise, jumping by just over six per cent in the last three months of 2011 compared to the same quarter in the previous year, the Central Bank said yesterday.

Its survey shows that the increase was primarily driven by higher prices for upmarket apartments.

Although the rise during the last 2011 quarter was spread across all housing categories, among the most significant increases were in the prices of apartments.

Making up almost three-fifths of properties in the sample, they saw an annual increase of 6.4%, with a higher number of advertised upmarket properties contributing to this rise.

Over the year as a whole, apartment prices were four per cent higher than in 2010.

During the fourth quarter, asking prices in the “other” category, which consists of townhouses, houses of character and villas, rose by 15.4%, largely as a result of higher asking prices for townhouses and villas.

However, for the year as a whole, prices in the “other” category, which are relatively volatile, dropped by 2.5%. In addition, prices of maisonettes gained 3.6% during the quarter, resulting in a 1.7% increase over the entire year.

On the other hand, asking prices for terraced houses remained unchanged during the quarter, resulting in an overall decline of 0.8% during 2011.

The bank noted, however that the number of advertised properties contracted by seven per cent on a year earlier in the December quarter.